Good morning.
Back in August, we made a few warnings that September is the worst-performing month of the year for the stock market.  2021 delivered on that historical fact, with a negative performance.  With a drop of about 5 percent off of all-time highs, September’s decline was enough to bring stocks to breakeven for the entire third quarter.
Now we’re in October.  The good news?  It’s not the worst-performing month of the year.  But it is the second worse, and it does tend to see some of the biggest one-day drops, like in 1929, 1987, and 2008 among others.  With a number of reasons to remain cautious, we’ll continue to advise caution, and to look for ways to hedge or profit from any further downside in the coming weeks.

China Gold Buying Surges on Evergrande Crisis
Amid significant economic turmoil, Chinese consumers are preparing for the worst.  Everyone wants a safe haven: physical gold.  Here’s what that might mean for prices… [Read Here]

A Good Retirement Plan Should Have These 5 Steps
Saving for retirement can be complex.  After all, the stakes are incredibly high.  We rounded up the top advice from financial planning experts in just 5 simple steps… [Read Here]

The Debt Ceiling Drop-Dead Date Means Just That…
Yellen has begged Congress to raise the debt ceiling, and now the true and final deadline is fast approaching.  Here are the consequences of a worst-case scenario… [Read Here]

Here’s to a better YOU … and now … Today’s DarrenDaily Recap Sunday.  A collection of the weeks videos from Darren Hardy.  Enjoy!

Describing its beauty!!!  View of the center city and the Basilica, old St. John’s, Newfoundland. 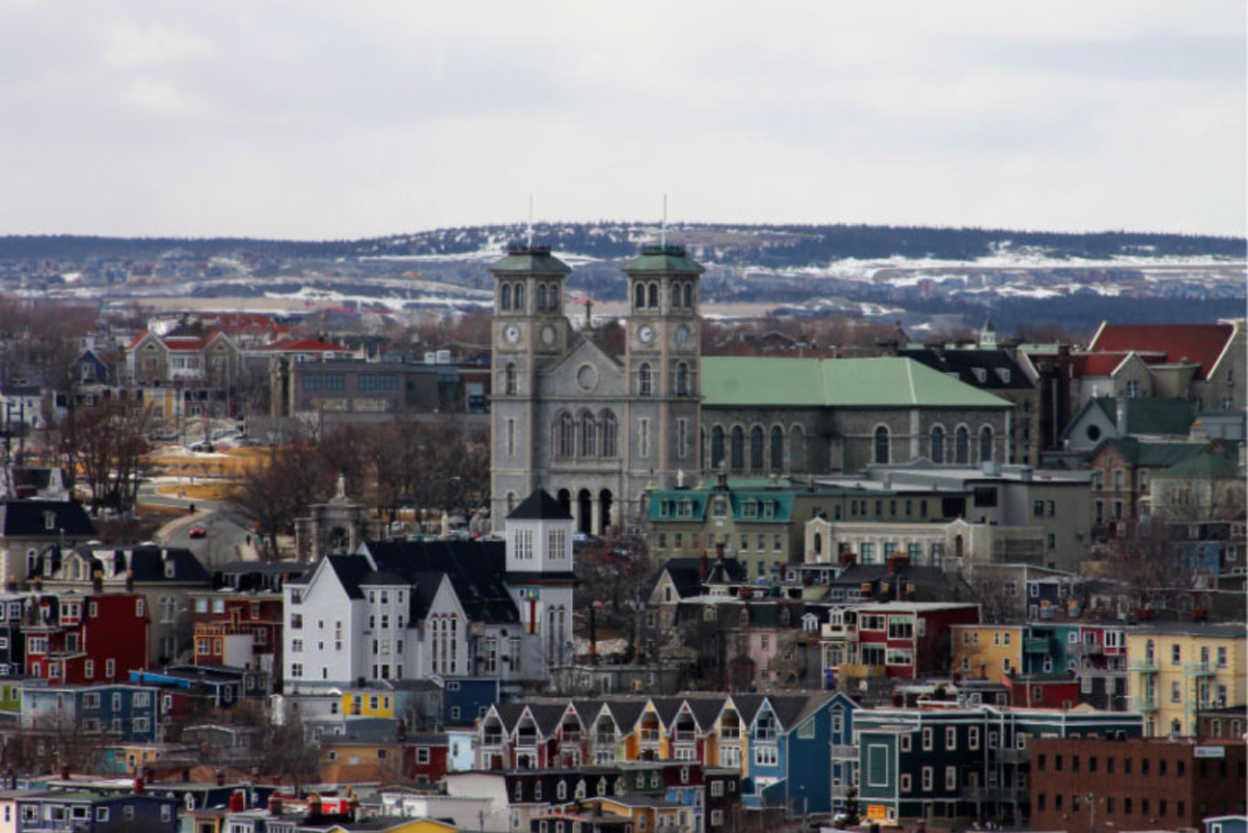 Nothing Stands in the Way … Not Even

Good morning.  De Beers, the family behind one of the world’s largest fortunes, helped coin the phrase “a diamond is forever.”  That may be true for the life of a purchaser, but a diamond is actually an unstable form of carbon that will eventually change — albeit in thousands of years.

Nevertheless, changing consumer demands are doing what geology will take eons to do.  Sales are down nearly 44 percent in the past year, as consumers are shifting to different gemstones, including lab-grown diamonds instead.  Investment lesson?  Nothing is forever.

What you deem a treasury, to be of great wealth later, may very well not!

Who’s feeling stressed?  These days, pretty much everyone, all the time, which is not surprising considering that stress can come from many angles and forms: social, physical, financial, emotional, psycho-spiritual, environmental, mental, and cultural.

Stress isn’t bad; in fact, just like the Goldilocks Principle tells us, we need just the right amount to thrive.  Too little can be just as harmful and impairing as too much.  However, since most people have too much on their plates (even if it’s just a matter of perception), stress management tactics are priceless for protecting your limited, valuable resources…  😉

“When trauma comes, we can learn from it, heal from it, and move through it.” –Dr. James Gordon Listen, Pause, Clarify and Validate Our ability to communicate effectively is one of the most precious skills we can develop.  Most of the time, when we think of communicating well, we think of effectively expressing ourselves.  This is certainly important, but listening is the single most important of all communication skills.  It’s what Stephen Covey calls “Seek first to understand and then to be understood.” Listen First and foremost, we must actively listen to what someone is saying.  Perhaps we were given

Good morning. Wednesday’s inflation numbers came in at a 15 year high.  But beyond the headlines, core inflation numbers have started to show a slowdown, with a rise of 0.2 percent from August.  It’s not a reversal, but a still-hidden sign that inflation may be moderating.  The bond market picked up on the news, with yields ticking down slightly. If that’s the case, then many of the fears impacting the market right now may go away.  That could explain part of Thursday’s rally, on top of the debt ceiling delay to December.  While we’re not out of the woods yet

Good morning. Inflation may be the headline story, but it’s just one factor that could impact corporate profitability this earnings season.  Many companies are able to pass on rising costs to customers from run-of-the-mill inflation.  But higher energy prices, which have been running hotter than official inflation measures, represent a much larger bill for many companies.  We’re already starting to see warnings on that front, including form airline companies, as oil prices hit a seven-year high. But there’s one more threat out there.  Last week, 136 nations signed an agreement on a minimum corporate tax rate of at least 15

Good morning. Earnings season is kicking off in earnest this week.  Typically, companies are able to beat expectations most of the time as Wall Street analysts adjust their expectations ahead of the results.  This time around, with companies coming off one-year numbers that look good from the lockdown era, combined with rising labor and energy costs, it’s possible that earnings may have peaked for the time being. If that’s the case, it comes down to guidance and expectations as to where the market goes from here into the end of the year.  With a labor market that’s still somewhat sluggish,

Good morning. One sign of an overvalued market occurs when company CEOs step down from their role, often after many years.  It’s tough to bow out at the top, and those who can will try to do so, rather than stay too long and get forced out after a bad decision or market events destroy shareholder value.  We saw a large rush of company executives leave in early 2020, just into the pandemic selloff. Now, that trend has slowed down.  But it’s not over yet.  Henry Kravis and George Roberts, founders of private equity giant KKR, are stepping down as

Good morning. The term “unicorn” was created to describe startup companies that had a valuation of over $1 billion based on their latest round of funding.  The notion was that such a company should be rare, as at that size it would make sense to take a company public. Yet today there are hundreds of unicorns.  The rare species has become a herd.  And none is bigger than SpaceX, the space exploration company run by Elon Musk.  A recent funding round has led the company to become the first centi-billionaire firm, with a valuation of over $100 billion. By the

Here’s to a better YOU … and now … Today’s DarrenDaily Recap Sunday.  A collection of the weeks videos from Darren Hardy.  Enjoy! Describing its beauty!!! Beautiful red fishing shack and boat house at the Atlantic ocean shore, Newfoundland, Canada …very peaceful! October 10, 2020 The KEY To Change “Everyone thinks of changing the world, but no one thinks of changing himself.” —Leo Tolstoy Everything begins with a belief.  As Ralph Waldo Emerson once said, “Life consists of what a man is thinking about all day.” Along those lines, what we think determines who we are.  And who we are