Good morning.
Online auction site eBay (EBAY) became huge in the 1990s thanks to the demand for Beanie Babies.  As the central site for that fad, the company was able to expand and survive the internet bubble.
Now, the company is looking to enable cryptocurrency payments, to better serve its customers.  It’s also looking to break into the NFT, or non-fungible token market.  NFTs are digital assets like a picture or song.  While they can be copied, blockchain data provides the owner of the NFT with the assurance that they are, in fact, the original owner.  NFTs have been big business so far this year, and show one of many applications for cryptocurrencies and blockchain technology.

“I’ve been called many names like perfectionist, difficult and obsessive. I think it takes obsession, takes searching for the details for any artist to be good.”
–Barbra Streisand 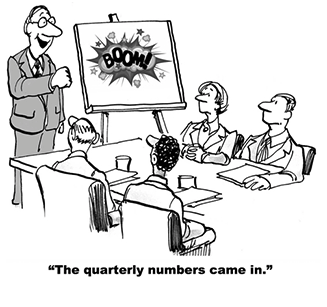 Good morning.
As you begin to look at the entirety of last week, it was a ride.  So much optimism at the beginning and culminated with GOOG and FB gaping higher following earnings.
It peaked on hump day and never recovered.  By the end of the week the gains were largely erased from industries that would benefit from reopening the economy.  Some article will point to earnings or discussion of tariffs, but it makes you wonder whether the extensions in California in elsewhere began to dim the light at the end of a very long tunnel.

Get Ready for the Next Great Bull Market in Gold  John Doody detailed why he thinks gold prices can shoot to $3,000 per ounce – and maybe more – in the near future.

My friends complain all the time about charging their Teslas.  It takes five hours.  And that’s just when it’s half dead.
So imagine their surprise when I recently told them about a brand-new green technology that charges not in hours, but in less than five minutes!
It’s as quick as filling a tank of gas, except there’s no carbon emissions… 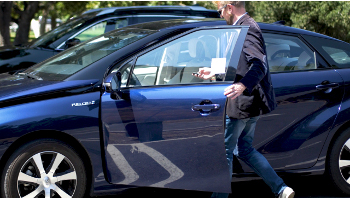 It lasts hundreds of miles longer…
And it NEVER dies – it can recharge forever.
The only thing it emits is pure, clean drinking water.
Best of all, it’s cheaper than batteries.  And safer.
Jimmy Mengel tested this technology himself recently…
And it’s so remarkable that I now agree with the experts who say: “this is the Tesla killer.”
Bloomberg projects it to “skyrocket 1,000 times over.”  And best of all…

The tiny little-known stock behind the “Tesla Killer” trades for only a few bucks.

Don’t wait another moment.
Now you can lock in its shares for a few dollars, instead of over $400 like Tesla.

I would like to wish DONNA WALKER the very best today … your special day!

I’m so very proud of you, AND love you soooo much,

Good morning. Hedge funds have been selling their tech stocks for 9 of the past 10 sessions, based on brokerage data.  What’s more, these funds have been selling more than they own, essentially going short.  That’s a huge reason for the weakness in tech in the past few weeks, even as the overall markets remain near all-time highs. The last time funds were this short was back in late December, right before a surge in some smaller-cap tech names in January and February.  Based on this data, traders may want to look at some call options on the tech space

Good morning. Most sectors of the economy have been on fire this year.  But, there’s one area that’s steeply in a bear market.  It’s the media, more specifically the news media.  Cable news outlets have reported viewer drops as much as 50 percent.  And the New York Times Company (NYT) reported a sharp slowdown in growth. It’s no surprise that the news media benefited in the past few years from the public’s interest in all things Donald Trump.  Now, with Trump out of the White House and the media avoiding stories about him, it’s no surprise that viewers are going

Good morning. It’s been a great earnings season.  But companies like Amazon (AMZN) are now in correction territory, down 10 percent, since reporting record blowout numbers.  Other big tech names are in the same spot.  And smaller tech plays?  They’re likely already in a bear market. It’s a combination of factors at work.  The first is rising inflation numbers. The second is the prospect of higher interest rates to curb inflation.  And finally there’s the fact that companies are coming off of earnings that look great compared to a year ago at the start of the pandemic.  All these factors

Good morning. The stock market had its steepest and shortest bear market last year, with a contraction of nearly 30 percent within the span of a month.  Now, a year into a recovery, the rally in stocks has started to slow. One reason? Growing policy uncertainty.  Stocks sold off Friday as a Fed President made the case for housing getting into bubble territory and a need for interest rate hikes next year.  Just like in the early 2020s, in the post-financial crisis rebound, fears of reduced monetary policy are usually good to create a pullback in markets. We’re still a

Here’s to a better YOU … and now … Today’s DarrenDaily Recap Sunday.  A collection of the weeks videos from Darren Hardy.  Enjoy! Naturally beautiful: Lots of things to do in beautiful, Newfoundland, Canada. …on the Rock! p.s. “It’s okay to modify the dream.” –Morgan H. Nichols May 02, 2020 You’re one of those people who are stuck in their ways. It’s hard for you to change your routine. We’ve all heard of the saying “You can’t teach an old dog new tricks.” In reality, you can’t change your mind without a commitment to change.  Most people are ‘checked out.’

Today! May 01, 2020 Gold Prices Going to “Pop” to $2,700 … Easily “Despite a weakened economy, stocks continue to rise on the back of monetary stimulus, which is bound to push gold prices even higher.” —Frank Holmes Good morning. “There’s no harm in holding cash, as long as your bank isn’t charging you to do so, which is probably coming down the road, so be prepared!” —Dennis Miller Now is a good time for investors to be scared — one reason is that there’s general agreement we’re in a recession … as economists rarely agree on anything. Just last

Today! The Fed Wants Everyone Putting All Their Money Into Stocks –Michael Every,Zero Hedge The Fed can taper QE – but that would undermine frothy asset prices.  Or it can raise rates, but that would undermine its social goals… [Read Here] April 30, 2020 Good morning. After a major sell-off like we’ve seen, it stands to reason that some stocks will be trading at levels that will make them attractive for investors and will have better prospect than others.  When evaluating companies right now, you must consider how opaque the earnings picture looks. The more opaque, the more likely they